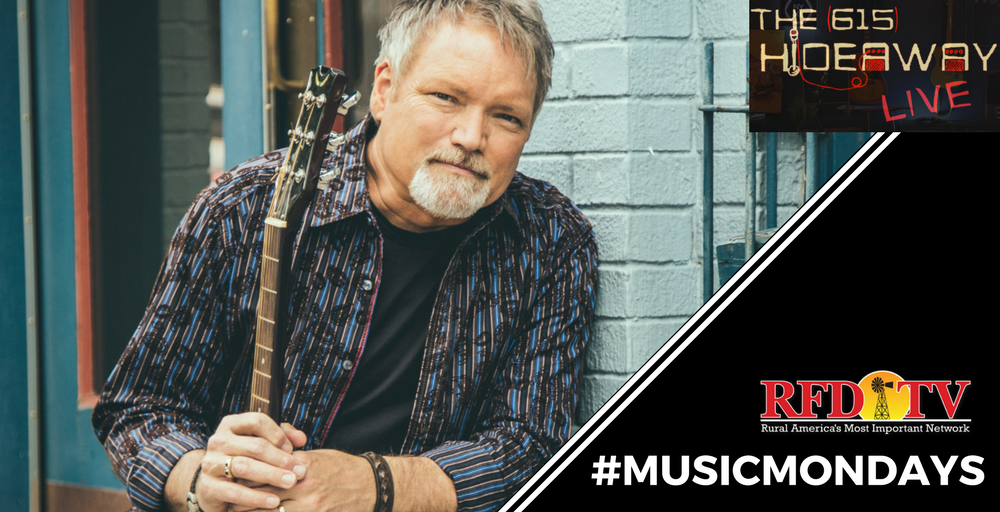 October 23rd, 2017) Singer-songwriter, John Berry, will join RFD-TV’s new weekly live concert series, #MusicMondays, which features artists from the music & entertainment programming lineup, along with up and coming artists, established artists, and more performed on the @OfficialRFDTV Facebook page. The concerts are presented as weekly jam sessions where artists can come together at The 615 Hideaway, to bring fans and viewers their weekly dose of live music. Bluegrass artist Ronnie Reno from RFD-TV’s “Reno’s Old Time Music” serves as host for some of the sessions.

“I love what I do, with a passion not seen in quite some time. I’m hopeful and excited about the future. I love singing and always will,” said Berry. “I have a bus, an incredible stage presentation, a great band, hands-on management team and I’m always all dressed up and ready to go. Working with RFD-TV on this live performance is a great opportunity to connect with their music fans.”

John Berry rose to stardom on the country charts of the 1990s with such mega-hits as Your Love Amazes Me, & Standing on the edge of Goodbye and She’s Taken a Shine.” His annual Christmas tours (2017 marks his 21st year for his Christmas tour) brighten the holidays for thousands, as does his electrifying rendition of O’ Holy Night.

John has placed 20 singles on the county charts, six of which went “Top 5,” with  Your Love Amazes Me scoring a #1 on the Billboard and Radio & Records Country Chart.  Standing on the Edge of Goodbye and She’s Taken a Shine earned the #1 slot in Radio & Records. Berry has earned multiple Gold and Platinum records over the years. He was nominated for the ACM Top New Male Vocalist in 1994, won a Grammy Award in 1996 for his participation in Amazing Grace: A Country Salute to Gospel Vol. 1 and was nominated for another Grammy in 1995 for his smash hit Your Love Amazes Me and was nominated for the CMA Horizon Award and Top Male Vocalist Award in 1995. In 1997, he was nominated for Vocal Event of the Year (for & Long Haired Country Boy with Charlie Daniels and Hal Ketchum). In 2013 John was nominated for the Mainstream Country Male Artist by the ICM Awards. And thanks to the miracles of modern technology, he even sang a duet with the late, great Patsy Cline.

About Ronnie Reno: The eldest son of bluegrass legend Don Reno, Ronnie Reno began his career professionally at age eight. Often standing on a milk carton in order to reach the microphone, the young boy played mandolin and guitar with his father on-stage. After working with the Don Reno Band for almost ten years, Ronnie Reno opted to join the Osborne Brothers, another bluegrass band.Working with them for four years, the group released five albums during that time.

Ronnie Reno’s first big break came in 1973 with his working relationship with country star Merle Haggard. Opening many of Haggard&#39;s shows, Reno would then support Haggard as a backing musician. Reno appeared on 10 of Haggard’s album throughout the 70’s and 80’s. He also wrote a hit song for Haggard, I’ve Gota Darling. It was also during this time that Ronnie Reno recorded his first album, For the First Time, on MCA Records. In the early 90’s, Ronnie Reno teamed up with his younger brothers to form the Reno Brothers. Recording began with 1992’s Kentucky Gold and ended with 1998’s Three-part harmony on Pinecastle Records. The band was also nominated for an International Bluegrass MusicAssociation Award in 1997. Working on albums by Johnny Cash, Willie Nelson, and Conway Twitty, Ronnie Reno recorded his sophomore album, Portfolio, in 2002.